If there is anything more royal than waving from a balcony, it’s having two birthdays. On 9th July Queen Elizabeth celebrated her official birthday.

Trooping the Colour is held each year to celebrate the queen’s „official birthday,” which is different than her actual birthday (April 21). This custom started with King George II in 1748, whose birthday were in November and he was terrified that people wouldn’t come to a public parade. As a King he changed the date to the warm -weather July. 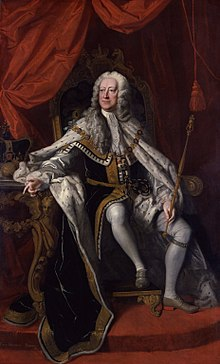 About 1,400 soldiers in ceremonial scarlet coats and bearskin hats marched past the queen in a ceremony on Horse Guards Parade in Westminster nearby Buckingham Palace. Royals taking part in this event included Prince Charles, Prince William and his wife Kate, and Prince Harry and his wife Meghan — who appeared in her first public outing since giving birth to their son, Archie. to watch the birthday fly-past of military aircraft. The only one left was Prince Philip who in 2017 withdrew from public life and he is not obliged to attend royal events. This decision was explained by his advanced age and deteriorating health. 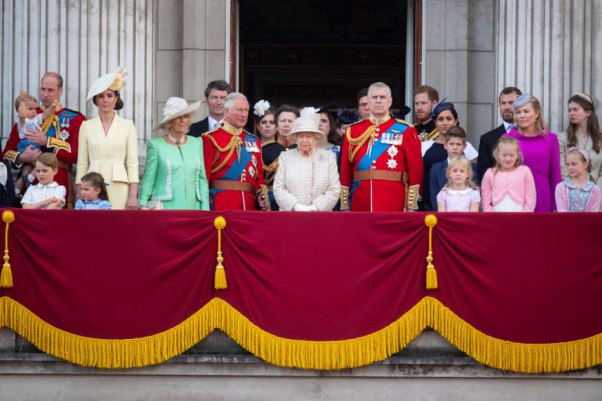 As for the queen, she rode alone in the best and brightest carriage of all, encased in glass windows, sitting on plump pillowed seats. Before 1987 she used to arrive arrived with her husband on a horse, her definitely favourite mode of transportation.

It’s the most impressive show of pageantry, and soft power, even by royal standards: 400 musicians; 1,400 soldiers dressed in their best, their helmets gleaming, their boots polished to mirror sheen and 200 horses.

The queen carried out an inspection of her troops; there was a 41-gun salute from Green Park, another from the Tower of London. and Later, the Royal Family appeared on the balcony of Buckingham Palace, raising their heads to watch a Royal Air Force formation flying past. 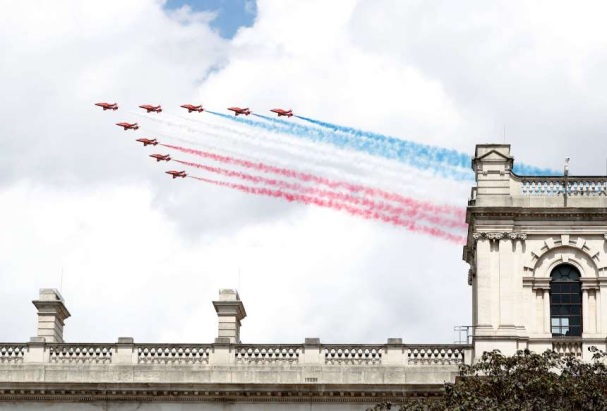 But the real star of the show was prince Louis. Trooping the Colour was his first public appearance. He really enjoyed a lot „royal stuff”, which is weaving to the crowd. Then, already in Buckingham Palace, he looked throughout the window with his sister Charlotte to watch the scene in front of the palace.

Every year people of all nations attend the ceremony of the queen’s birthday hoping that there will still be a lot of similar events in the future and wishing the queen many happy returns.